The recent working visit by a delegation from the Port Authority of Kribi in Belgium, led by its General Manager Patrice MELOM, will undoubtedly bring progress to the project currently under implementation in the port area of Kribi. 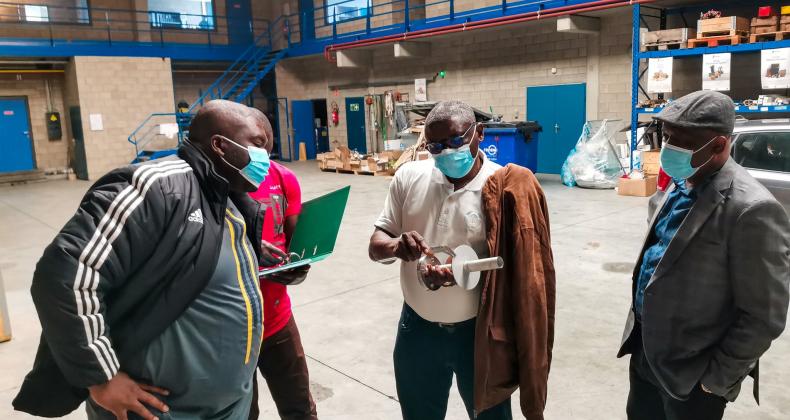 The visit aimed, inter alia, to carry out pre-shipment inspections of the drinking water supply equipment of the Port of Kribi and its outbuildings. This news has brought to the forefront one of the flagship projects that should contribute to consolidating PAK’s offer of dedicated services to operators in its port and logistics zone.

An investment of nearly CFAF 30 billion

It is worth recalling that the financing agreement for this project was signed in June 2016 between the Government of Cameroon and the Belfius Bank of Belgium (former Dexia Bank), the financial partner of the Belgian company ASPAC International in charge of carrying out the work, for an amount of nearly CFAF 30 billion. The works, which started at the end of 2019, already marked PAK’s clear ambition to make its logistics and port zone one of the areas that best reflects the industrial and economic transformation of Cameroon.

The project aims to produce and supply drinking water to the locality of Mboro, where the port-related businesses are located. It includes the construction of a new drinking water supply system, with a water intake from the Lobé River; a water treatment plant with a capacity of 5,500 m³/d; a pumping station; a treated water supply line of more than 10 km; a storage tank of at least 2,000 m³ and a primary, secondary and tertiary network for the port area.

Despite the many difficulties experienced during the construction phase (clearance of rights of way, heavy rain, etc.), it is worth noting that the work already completed (studies, supplies and construction) is progressing well. This progress can be attributed to ASPAC International, which has only been operating in the port area since January 2020. Moreover, the equipment inspected by the PAK delegation in Belgium ten days ago is already on its way to Cameroon and should be unloaded in just over a month. This should help to boost the execution of the remaining works. PAK has high expectations for the delivery of this project. First of all, its start-up will make PAK the supplier of drinking water throughout its port area. This will provide an additional source of income. The second expected benefit is that this operation will also generate several direct and even indirect jobs. Hence the high level of attention paid to the project