Skip to main content
Cooperation : A Convention to boost agricultural production In Kribi

The rise in power of the Kribi Deep-sea Port requires taking necessary measures to ensure food security for local populations. Hence the signing of a specific partnership agreement on 25 February in Yaoundé between the Port Authority of Kribi (PAK), the Ministry of Agriculture and Rural Development (MINADER) and the International Institute of Tropical Agriculture (IITA) 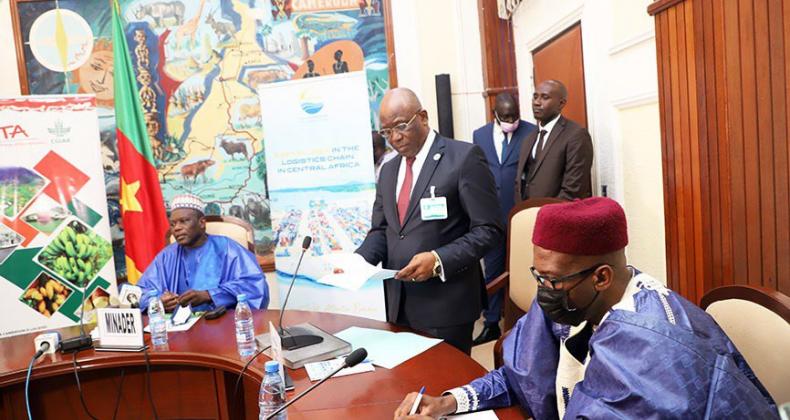 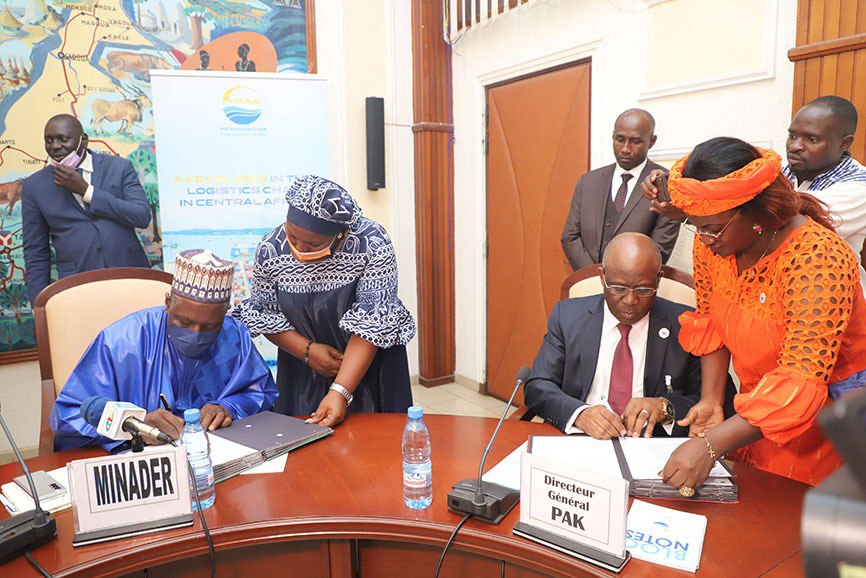 A tripartite cooperation which is based on bringing together efforts to set up and operate agro-pastoral centres in the Ocean Division, South Cameroon Region. This initiative is consistent with the Government’s project launched in 2018 under the name of « Kribi Agricultural Belt », thus anticipating the demographic boom in this city, which welcomed the first vessel as part of the operation of Cameroon Deep-sea Port.

The signing ceremony, presided over by the Minister of Agriculture and Rural Development Gabriel MBAIROBE, takes place after a previous ceremony in Kribi on 7 August 2020. In other words, this falls within the continuity of the 3-year Framework Agreement between MINADER and PAK and aims mainly at pooling the resources and synergies of the various parties in order to facilitate the accomplishment of their respective missions. Among the commitments of PAK, there is facilitating the import of agricultural inputs and tools and the export of agricultural products. In addition, the support to local, social and cultural sustainable development activities of riparian communities of the Port of Kribi. PAK was represented at this event by Patrice MELOM, its General Manager, assisted by his Deputy BAKO HAROUNA and a strong delegation. In his speech, the General Manager of PAK reminded the audience that ‘’PAK has resolutely embarked on a virtuous approach aimed at increasing its integration into its environment through its Corporate Social Responsibility (CSR) policy and its Socio-Economic Support Programme for local populations (PASEK)’’.

It was therefore necessary, in his opinion, to call on the proven expertise of MINADER for support. This request was quickly considered by the ministerial department, and on 25 February, it materialised in the form of a contact with a leading partner in the field of sustainable research and development in Africa and Cameroon in particular, namely IITA.

As a matter of fact, this international institution has signed a headquarters agreement with the Government of Cameroon since 1997, for agricultural research activities. It is but obvious that PAK and IITA, with the support of MINADER, should join forces today to offer local communities a better future and thus fight poverty. For IITA’s Resident Representative, Dr. Cargele MASSO, ‘’IITA is counting on this new mission to open up new horizons for the people of the Ocean Division. To ensure the effective implementation of this partnership, PAK has asked the two partners to set up a joint monitoring and evaluation committee to begin the creation of the very first agropastoral centre of excellence.