The MV CANARY N°Vge: 202204, a vessel coming from the United States and carrying a cargo of 9000 MTS of Petcoke for the manufacturing plant of CIMENCAM in Figil, docked on 26 May at the Multipurpose Terminal of the port of Kribi. 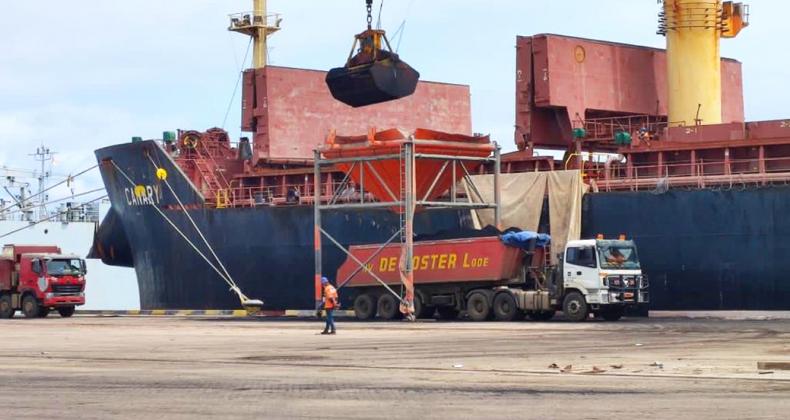 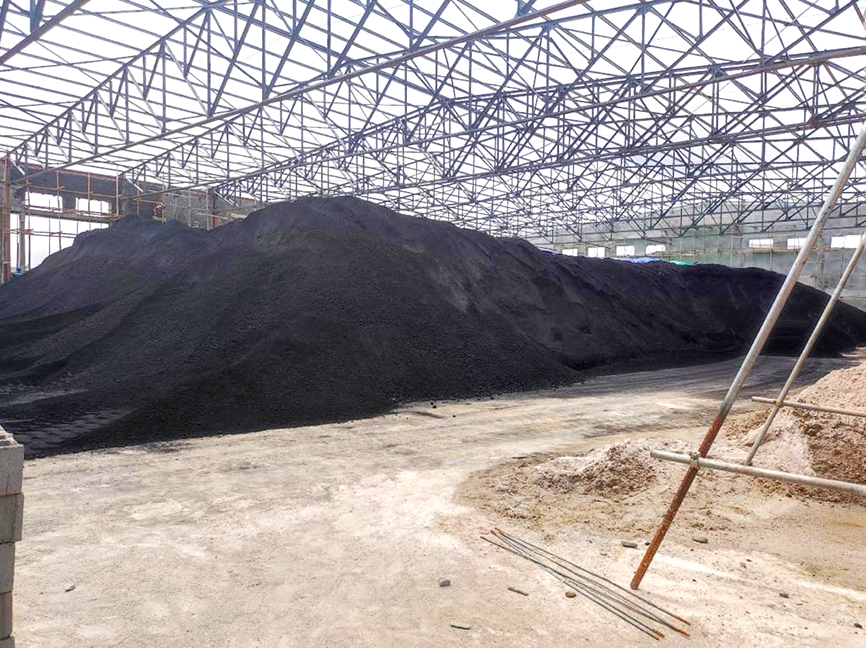 The teams of Kribi Multipurpose Terminal (KMT) had a lot of work to do with the 9000 MTS of Petcoke, coming from the Port of BEAUMONT in the United States.
This thermal energy fuel, useful for the manufacture of cement, was destined for the kilns of CIMENCAM's clinker manufacturing plant, located in the capital of the Mayo-Louti Division. This import will boost cement production in this plant from 150,000 to 500,000 tonnes per year by 2023. Thus, CIMENCAM will have a global production capacity estimated at 2.5 million tons per year. This will considerably improve national production and thus solve the problems of shortage and overbidding that have prevailed on the local market for some time.

The unloading and handling of this type of cargo was carried out at a rate of 4000 MTS per day, i.e. two days and a few hours for a total of 9000 MTS processed. This is a great performance in terms of handling rate. Given the polluting nature of this product, all safety measures were taken by KMT teams in conjunction with the teams of the Port Authority of Kribi in order to protect the health of the population and the ecosystem.

This operation equally required logistical means which proves the increase in the capacity over the last few months of the Multipurpose Terminal, which has become an essential platform at the service of the national economy. A proof thereof, since the terminal became operational, it has already served as a lever for the export of local raw materials such as cocoa, coffee, livestock, cotton, wood, etc. on the one hand, and on the other hand, for the import of products to develop the country's industrial fabric.